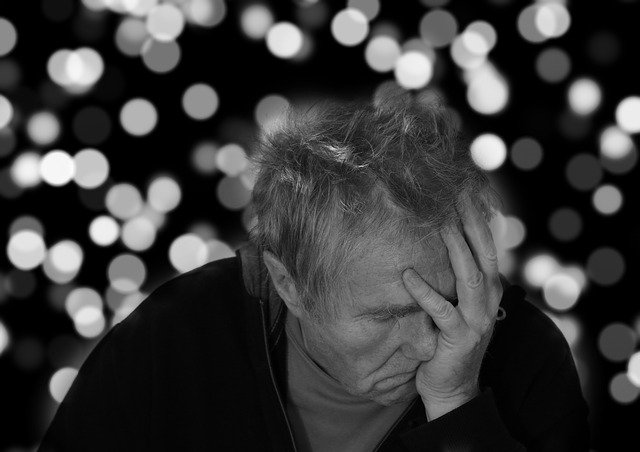 Steve Macfarlane is an Associate Professor of aged psychiatry at Monash University. He works as Head of Clinical Services for Dementia Support Australia and has been running Alzheimer’s disease clinical trials for over 20 years in addition to his private practice.

Dementia is an umbrella term that refers to over a hundred conditions that can cause progressive cognitive decline. Alzheimer’s disease is the commonest form of dementia, accounting for about 70% of all cases. There are currently no treatments that provide anything other than temporary symptomatic relief, although some promising treatments for Alzheimer’s disease are in development.

When we are in our thirties and forties, the thought of what might happen to us several decades in the distant future seems so irrelevant as to not merit consideration. We live for today, and in our prime, we tend not to devote much thought to what the later years of our life might bring.

Life expectancy around the world has increased steadily over the past hundred years, and those who are born today might reasonably expect to still be alive in the year 2100. An increasing life expectancy has brought with it a number of problems, however. Increasing age is the biggest risk factor for Alzheimer’s disease, to the extent that if we are lucky enough to live to the age of 90, there is an almost 50/50 chance that we will have Alzheimer’s disease.

Getting older, in itself, is not something to be feared. When we pause and reflect, what most of us fear about ageing is the range of illnesses that are associated with getting older and the disability and loss of independence that accompanies these conditions. Whilst the risk of dementia is not on the radar for most younger people, older persons report that the fear of developing dementia is more confronting for them than the thought of getting cancer. As more of us are living for longer, the likelihood of us living with a dementia diagnosis at some point increases. Currently, dementia is the second commonest cause of death for men in Australia.

But we don’t have any treatments. Is there any point in worrying?

It is because there are no effective treatments that we should be concerned about. There are things that we can all do, now, that will meaningfully decrease our risk of developing Alzheimer’s disease and certain other dementias in our later years. And the good news is that treating risk factors for dementia will also have a number of other benefits for our general health. Steps we can take to lower our risk of Alzheimer’s disease will also lower our risks of heart disease, stroke and cancer, leading to the prospect of a healthier old age for all of us.

Dementia risk factors are divided into two groups, those which are modifiable, and those that are not. In relation to Alzheimer’s disease, the unmodifiable risk factors are advancing age, and family history. In relation to family history, of particular concern would be a diagnosis of dementia in a close relative (parent, sibling, aunt or uncle) at a relatively young age (under 65 being the typically quoted cutoff). On the other hand, if all 4 of your grandparents died with Alzheimer’s disease, but they all lived until their nineties, that is not a concerning family history.

The major modifiable risk factors for Alzheimer’s disease (and for vascular dementia, the second commonest form of dementia) are identical to those for heart disease and stroke: elevated blood pressure and raised cholesterol during middle age, diabetes, and smoking. About a third of all dementia cases could be prevented if these risk factors were eliminated, and the best time to achieve this is in our forties and fifties.

In addition, there are a number of minor risk factors that are also relevant. These include diet (with some evidence that the so-called Mediterranean diet, one that is rich in grains, legumes, nuts, fruits and vegetables, and olive oil) can decrease our risk of Alzheimer’s. Regular aerobic exercise (including into our later years) and cognitive stimulation in our post-retirement years (doing something to challenge our brains, rather than watching daytime television) can also help.

But isn’t it normal for everyone to develop memory problems as they age? All my older friends seem to have complaints about their memory.

Whilst this is true, ‘normal’ age-related memory loss has a pattern that is different from that which might be a warning sign for dementia. We are all born with far more brain cells than we actually need. In fact, the greatest number of brain cells we will ever have is at around three days after we are born. It’s all downhill after that, and we all lose about ten thousand brain cells every day after the age of 40 (the good news being that we have between 100-200 billion brain cells to begin with). Many years of brain cell loss does take its toll, however, and our brains become less efficient as a result of normal ageing. This may show itself by us taking considerably longer to retrieve information from storage as we age (i.e. there is a delay in recall, rather than complete forgetting) and by us struggling to track multiple sources of information (such as at a party, where we may have to track a  number of conversations at once).

In contrast, symptoms that might suggest a pathological cause of memory loss often include a complete forgetting of recently-provided information (which might show itself as asking the same question repeatedly, or an increased tendency to lose objects around the home), impaired ability to learn new information (such as struggling to master a new television remote control or mobile phone) and difficulties tracking time (confusion around days and dates, missing deadlines for the payment of bills, or missing appointments).

Dementia is the second-most common cause of death for men in Australia – it should not be dismissed for simple memory loss. The symptoms above in an elderly friend or relative should be a prompt for a visit to the GP for some basic memory testing and, possibly, a referral to a specialist.