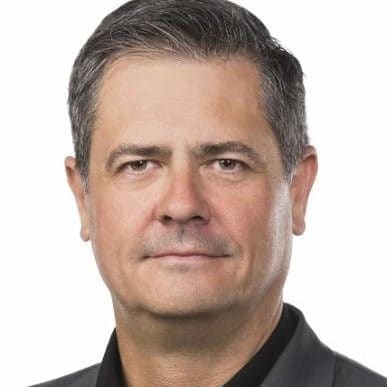 Phil Gray is a man who is passionate about Men’s Mental and Physical Health as well as parenting issues – in particular being a leading advocate for “Parent Alienation” to be criminalised as a form of child abuse in Australia as it is in other jurisdictions.

Phil is recognised as a highly accomplished facilitator awarded lifetime Fellowship to the Learning & Performance Institute.

In 2014 Phil launched ‘The Garage” – Westpac’s Internal Digital Accelerator and Innovation aimed at helping Australia’s first company thank and act like a 200 year old start up.

Phil has battled addiction and mental health culminating in 2019 before Covid with a visit to the Accident and Emergency Department of a hospital in Sydney with what he thought was a bad cold only to wake a month later in ICU after being put in to an induced coma.

Phil is also a Prostate Cancer survivor and shares his personal story around the importance of finding a Doctor who believes in getting tested. Phil shares his message for men and their health.

We discuss the impact that suicide has had on Phil and how he has been touched by 6 suicides of fathers in the last 3 years.

Phil shares what that relationship is like now and the impact of being estranged from his kids has had on him. For Phil this will be the 3rd Christmas without seeing his children.

I ask Phil about the term Parental Alienation (PA) and what that means to him.

Phil also shares about the phenomena of” Haunting” and what this means.

We discuss the aims of Purple Parenting and how this impacts both fathers and children.

Phil explains what is a Supervised Visit and what qualifications are required to be a Supervisor of these visits.

This is definitely a frank and honest discussion but with the work of Phil and others we have hope that there is the possibility that the concept of supervised visits will be more affordable and less difficult for parents and children alike.