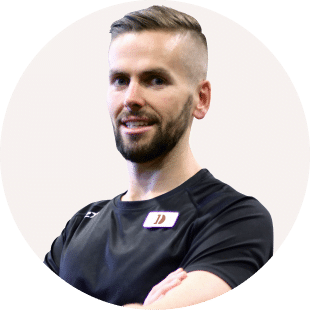 Kinesiology – What’s It All About with Shaun Tucker?

10 years ago Shaun Tucker found himself at the crossroads of a serious health scare. He had a choice to make…continue down the path he was heading or change the direction and create a new path that was unfamiliar. He decided the latter, which is how Shaun found himself in Health and Fitness

Shaun grew up in a small country town 30 minutes from Ballarat on a property with his four brothers and a sister a long way from any major city.

Shaun lacked self-confidence, self-esteem and self-worth. It didn’t help that he was overweight and very shy. He had a great realization that he discovered on the journey of building himself in training.

In 2020 Desiderate Culture was born with his business partner Nicalus Bergmans and brought forth this idea.

Desiderate literally means to feel a keen desire for. Culture is to share these ideas and behaviours with others, and come together collectively.

In this episode we unpack not only Shaun’s journey but how he learned about Kinesiology and it’s benefits to restore balance.

I ask Shaun just “What is Kinesiology?”

How does it work? Shaun shares examples of how this works by really getting to the source, the root cause of the problem…you’d be surprised some of this stems back to being born stressed due to a mother’s state during pregnancy.

We discuss how can Kinesiology save a brother?

For those of you who don’t know what Kinesiology is well here’s your opportunity to get informed…You’ll be glad you did.

3 Keys to More Leadership Mastery in 2022 with Raamon Newman

Autism What’s It All About with Isaac Lappin.